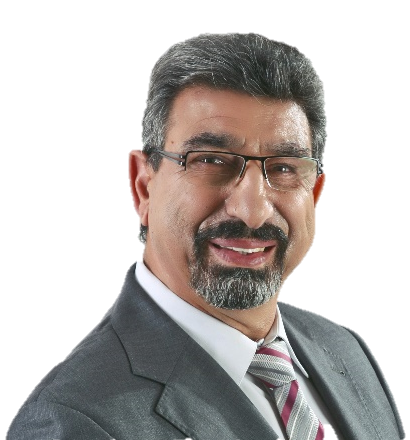 I was born in Cyprus, that small island in the Eastern region of the Mediterranean Sea, in a beautiful mountain region.

Immediately after my military service I immigrated to Australia. It was November 1968 when I arrived in Melbourne, having only a small suitcase with some clothes and a lot of dreams. The fact that I had no knowledge of English made this life experience a very difficult one. Working two shifts and setting aside every penny, I managed to buy a small shop, which I ended up turning into a successful business. Then I decided to continue my studies, being already able to pay my fees for evening classes and thus follow my dream. I have always been attracted to therapies and ways to help people in need. It seems that I inherit this call from my mother, who was the "witch doctor" of the village. As a child, I watched her helping people with herbs or old remedies, assisting women in childbirth or "putting back" broken bones, so I probably felt it was my destiny to follow the same path.

Later I enrolled in the Faculty of Physiotherapy, and after graduation I opened a clinic. But I felt that I was not giving enough help to my patients, so I continued to study Traditional Chinese Medicine and acupuncture. After a while, I graduated a two years specialization in hypnotherapy and, although I had good results and my clinic was highly sought, I was still interested in any new methods that would better address my patients' needs.

In 1983 I was involved in a car accident and I ended up in the hospital, with a fractured sternum and a severe cervical trauma - the whiplash. Eight hours later I was discharged, with a cervical collar and some painkillers. The situation did not improve over time, on the contrary, I had to permanently wear a cervical collar, I had constant migraines, my neck was stiff and I could not sleep at all for many nights. I was now in a patient position, in great need of treatment.

For the next five years I tried all the treatments I had heard of, from allopathic to complementary or alternative medicine. No distance was too long for my searches, I tried many hocus-pocus techniques, but nothing significantly improved my condition. A good friend, an orthopedic surgeon, thought that the only solution to my problem was surgery, but I was not prepared to accept that. Despite all my ongoing research in the therapeutic field, no method could help me, so after five years of countless treatments, the operation became the only option.

It happened in 1988 for a patient to suggest me that I should go to a Bowen therapist. I had never heard of this therapy before, despite all my research. Without any hesitation, I made an appointment for the next day. I was very eager to learn more about this technique, especially after my patient told me that its basic principle was "resetting the body to heal itself."

This was the most valuable principle I had ever heard! All this time, I received treatments from therapists who forced my body to do what they wanted, and now, for the first time, I heard a logical solution and the more I thought about it, the better it sounded to me: “reset the body to heal itself ”!

As soon as I got to my first Bowtech session, I asked the therapist how this technique works. He replied that he did not know exactly, but that in the last six months, all the patients he had treated had very good results. That was enough for me. Of course, I was still very skeptical. When the treatment started, I must admit that it seemed to me to be another hocus-pocus method. It was a very strange procedure! He touched me a few times, very lightly and delicately, not in the area where my problem was located, then he left the room for two or three minutes and again he came back and did the same. After 35 minutes, he told me that the meeting was over and that we would see each other again in seven days. I admit that I was not at all convinced that I would return. It seemed so superficial! For the next three or four days I felt very strange; to my surprise, I could move my neck a little and on the fifth day it was even better. I went to the appointment on the seventh day, and after three more treatments I was able to give up the cervical collar, I regained my freedom to move my neck, it didn't hurt anymore, the migraines were gone and most importantly, I got rid of the stress that had been a part of my life for the last few years.

Finally, after five years of searching, I found a therapy that restored my health!

Soon, I signed up for the next seminar organized by the Bowen Academy of Therapy in Australia. It was one of the first courses Ossie and Elaine Rentsch organized in Melbourne, and as it happens with every beginning, the course schedule was not very well systematized. I felt overwhelmed and not very sure of the knowledge I had acquired, but I was very determined to fully master this technique. I decided to follow Ossie and Elaine all over Australia and, in my first year, I took classes three more times. The more I learned and practiced this technique, the more I realized that it was the best therapeutic method of all time!

I put aside all the other techniques and started offering my patients only Bowtech. At one time I had two clinics and there were situations when I treated 40 people in one day. I had patients of all ages, some with skeletal-muscle problems, which I had treated in the past in other ways, with limited results. Their problems improved much faster with Bowtech and often completely. I have always been amazed, however, by the stunning results obtained in treating many chronic, severe diseases, organic problems and even emotional and psychological.

In 1994 I was invited by Bowtech to begin the training program to become an instructor. It was a great honor for me, and when I was authorized to teach this technique to the Bowen Therapy Academy in Australia, it never occurred to me that I would become one of the few teachers to spread this technique worldwide.

I started teaching in Australia, but my dream was to be able to bring this fantastic technique to Greece and my home country, Cyprus. It was not until 1999 that I found someone who had gathered a small group of students in Athens, where I held my first seminar in February 2000. Since then, I have traveled around Europe, organized presentations, given demonstration treatments, published articles, and appeared in TV shows, to make this technique known. It was an intense activity, which involved a lot of effort and frustration, because it is never easy to live out of a suitcase and change the hotel every night. Each country has its own specific laws and regulations, people have different mentalities and perceptions about complementary medicine. However, I have persevered and managed to introduce the Bowen technique in seven countries so far: Greece, Germany, Romania, Cyprus, Serbia, Bulgaria and the Philippines, I have set up permanent offices and associations of therapists, teaching more than 5,000 students and training 19 Bowtech instructors.

After so many years of practicing and teaching this technique, I am now more passionate about Bowtech than I have ever been. I am proud of every wonderful result of my students, I refill my batteries with every happy patient and I strongly believe that the Bowen technique changes people's lives. It definitely changed mine!